Sorghum bicolor Supplement Jobelyn was developed from Sorghum bicolor leaf sheaths which had been in use for centuries by ancient folk medicine practitioners who claimed that it was a cure-all for all diseases including anaemia, sickle-cell disease, diabetes, hypertension, arthritis, cardiovascular disease and even cancer. The more than 25 years research on this product has presumably contributed to the listing by the National Cancer Institute in its dictionary of drugs and describing it as being rich in Polyphenols with the potential for antioxidant, anti-inflammatory, immunomodulating and chemopreventive capabilities.
It can simply be described as wellness encapsulated. The strong antioxidant nature of the product protects your body against tissue damages, repairs damaged tissues and organs to help maintain your optimum health.

Sorghum bicolor supplement was recently listed in the drug dictionary of the National Cancer Institute and described as:

An herbal-based nutritional supplement containing the leaf sheaths of the plant Sorghum bicolor, with potential antioxidant, anti-inflammatory, chemopreventive and immunomodulating activities. Sorghum bicolor supplement contains various phytochemicals, including phenolic acids and polyphenols such as proanthocyanidins. Sorghum bicolor supplement is particularly rich in 3-deoxyanthocyanins, such as luteolinidin and apigeninidin, and appears to induce apoptosis and inhibit cell proliferation in cancer cells through the stimulation of various apoptosis promoter genes and the downregulation of certain apoptosis inhibitor genes. In addition, due to the strong antioxidant nature of the phytochemicals, these compounds are able to scavenge free radicals and prevent tissue damage. Also, intake of this supplement modulates the immune system by both increasing the activity of natural killer (NK) cells and initiating the activation of macrophages.

Open in new tab
For a more understanding of Sorghum bicolor supplement, you are invited to :

And Discover Nature’s Most Powerful Antioxidant

Ancient scriptures speak of a Nile River tributary known for the medical plant growing along its banks. That tributary is the River Jubi, and the plant is Sorghum bicolor, a native grass cultivated for its highly medical properties. For millennia, the indigenous people of Western Africa have relied on this botanical to support whole health and a balanced inflammation cycle.
We call our Sorghum ingredient “Jobelyn” after the Jubi River where it originally grew wild. Now a domesticated plant, it is grown on our organic plantation.

A simple bunchgrass, Sorghum bicolor’s superior antioxidant capacity is revealed only through a traditional preparation of its leaf sheath. Modern science has been working hard in the past 15 years to isolate the plant’s antioxidant components in an effort to create a synthetic version. The results? It doesn’t work. The impressive ORAC rating, higher than grapeseed extract and well -known antioxidant berries and fruits, is seen only within the traditionally prepared African remedy using the sorghum leaf in its complete natural state.

Many plants use secondary metabolites, such as flavonoids, to protect themselves against pathogen attack. In sorghum, this defense is an active response resulting in the accumulation of high levels of 3-deoxyanthocyanidin phytoalexins in infected tissue. This defensive mechanism is the power that Jobelyn uses to strengthen the body and promote whole health.

Polyphenols, such as flavonoids and phenolic acids, are a group of specialized metabolites in plants that largely aid in plant defense by deterring biotic stressors and alleviating abiotic stress. Polyphenols offer a wide range of medical applications, acting as preventative and active treatments for diseases such as cancers and diabetes. Recently, researchers have proposed that polyphenols may contribute to certain applications aimed at tackling challenges related to the COVID-19 pandemic. Understanding the beneficial impacts of phytochemicals, such as polyphenols, could potentially help prepare society for future pandemics. Thus far, most reviews have focused on polyphenols in cancer prevention and treatment. This review aims to provide a comprehensive discussion on the critical roles that polyphenols play in both plant chemical defense and human health based on the most recent studies while highlighting prospective avenues for future research, as well as the implications for phytochemical-based applications in both agricultural and medical fields. 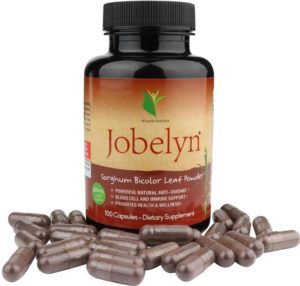 The quantification of these five polyphenol marker compounds was evaluated by the highly sensitive LC/MS-MS methodology, and their structures were confirmed by CAD-MS/MS analysis. The testing was performed by Brunswick Laboratories, Norton, MA. 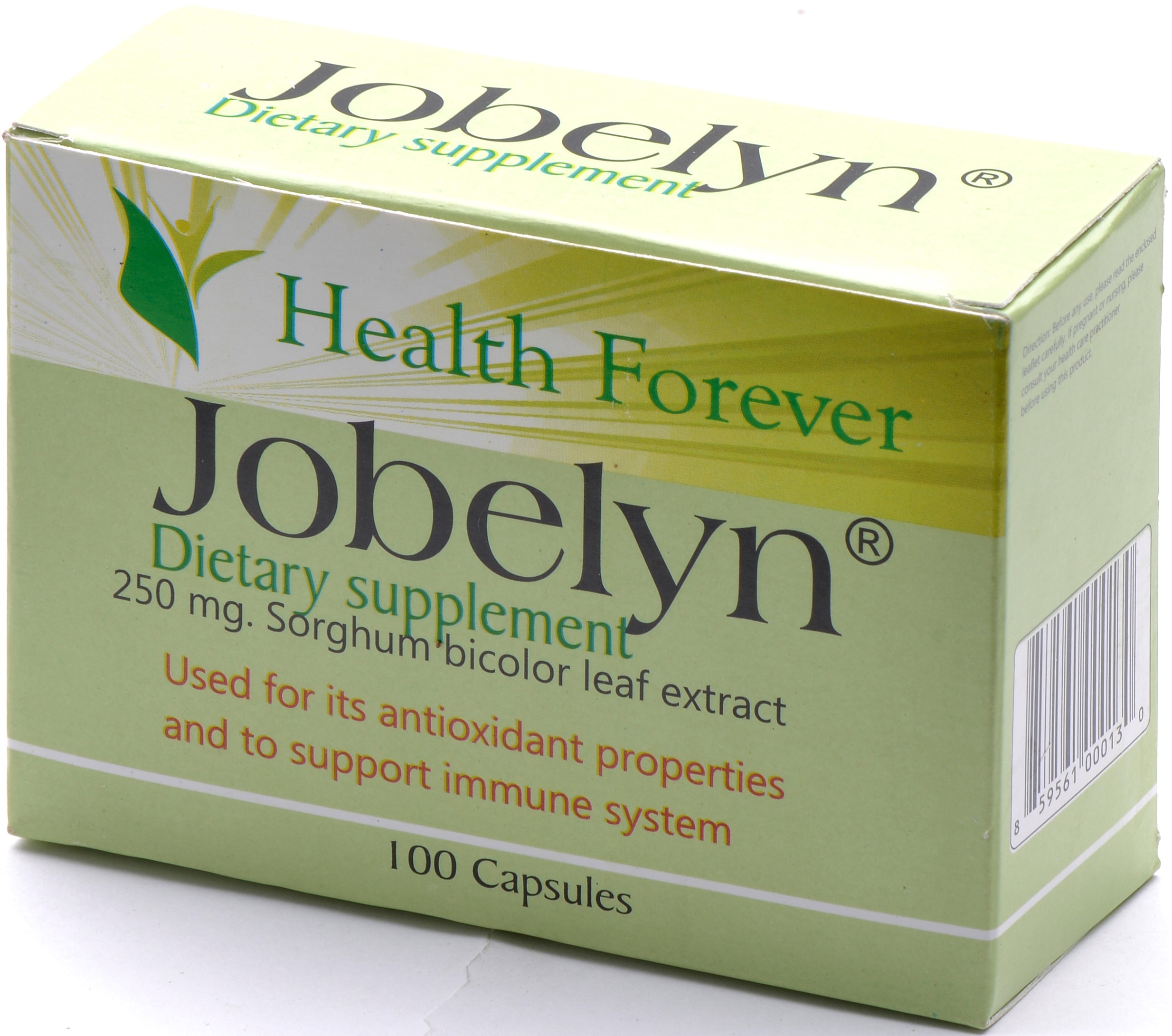 With the exception of Cloves and dried Peppermint,  which are seasonings, it has the highest polyphenolic content among the food plants.  Pérez-Jiménez, J., Neveu, V., Vos, F. et al. Identification of the 100 richest dietary sources of polyphenols: an application of the Phenol-Explorer database. Eur J Clin Nutr 64, S112–S120 (2010).

What are antioxidants? How can they be so helpful for so many health conditions? Are they just a trendy health fad? Let’s answer those questions while looking at one antioxidant source in particular that could provide you and your family with incredible health-changing benefits.

An antioxidant is a molecule capable of inhibiting the oxidation of other molecules. Oxidation is a chemical reaction that transfers electrons from a substance to an oxidizing agent. Oxidation reactions can produce free radicals. In turn, these radicals can start chain reactions. When the chain reaction occurs in a cell, it can cause damage or death to the cell. When the chain reaction occurs in a purified monomer, it produces a polymer resin, such as a plastic, a synthetic fiber, or an oil paint film. Antioxidants terminate these chain reactions by removing free radical intermediates, and inhibit other oxidation reactions. They do this by being oxidized themselves, so antioxidants are often reducing agents such as thiols, ascorbic acid or polyphenols.

In summary free radicals have been implicated in over 90% of diseases in the human body and so far, extensive research has concluded that anti-oxidants are capable of arresting or even stopping these diseased conditions.
Nowadays we hear of super antioxidants, artificially manufactured pills with ORAC values in the thousands. (ORAC is defined as the Oxygen Radical Absorbance Capacity (ORAC) which is a method of measuring antioxidant capacities in biological samples in vitro. The higher the ORAC, the higher the antioxidant rating). But these are not natural and some of these claims cannot be verified. Natural antioxidants are found in fruits and vegetables such as grapes, oranges, berries and spinach, but often at low levels.
Though the focus on antioxidants only gained ground in the past decade, for centuries past, a singular grass plant has been used in some parts of Africa as remedy against a wide range of human diseases. African tribal culture has long touted the extract for its value in helping people who struggle with anemia, heart disease, joint pain, and poor immune system response. That grass plant is Sorghum bicolor. Sorghum Bicolor is a grain long known for its high nutritional value. But only a special traditional extract of the leaf sheath draws out the plant’s incredible health benefits.
There exists in nature, hundreds of species of Sorghum Bicolor, but only a single particular specie possesses enough antioxidant value to successfully battle a wide range of diseases and even arrest the aging process of the human cell. This specie of Sorghum Bicolor has been proprietarily processed into the product known as JOBELYN which has been scientifically proven to possess the highest ORAC value of any known natural antioxidant plant or fruit.

Today, Jobelyn is being sold and marketed by Health Forever Product in North America, Europe and all over Africa. The recent ORAC test conducted by Brunswick Labs of USA (the company that pioneered ORAC testing) confirmed Jobelyn as having an Oxygen Radical Absorbance Capacity (ORAC) of 37,622 μmoleTE/g, the highest antioxidant value ever found in any known natural plant. Complementing that antioxidant rating is Jobelyn’s powerful anti-inflammatory effect making it quite effective in the management and treatment of a myriad of diseases ranging from Cancer, sickle-cell, diabetes, to arthritis, infertility and many other diseases.
Yet, one must ask, “How can a single herbal ingredient help with such a broad range of conditions?” Jobelyn has demonstrated selective COX-2 inhibition, providing effective reduction in inflammation without the side effects of common prescription medications. Further connection can be drawn from the fact that all the diseased conditions that Jobelyn addresses look unrelated, but they actually have two major factors in common. They are all tied closely to underlying states of cyclical inflammation and oxidative damage.
Let’s take a closer look at oxidative and inflammatory processes in the body. Then it will be easier to understand how Jobelyn supports such a wide variety of systems and functions.

Working to protect the body on a cellular level

Oxidation.
We know it’s a bad thing for the body, and doctors tell us to eat lots of fruits and vegetables to enable our body utilize their antioxidant properties. But how does oxidation happen?
We need oxygen for life. Our lungs take it in, and a complex network of capillaries and blood vessels enable red blood cells to extract the oxygen and deliver it throughout the body. But, as oxygen is used in various processes, tiny electrons can break off. These unpaired electrons are called free radicals. Think of them as the waste product of cellular processes.
There are some processes where free radicals are actually a good thing – for instance, to kill bad bacteria in certain immune system functions. But, generally free radicals are not helpful. They bounce around hitting cells and causing damage, sometimes even breaking off portions of DNA. The grand sum of this cellular damage is at the root of many health conditions including cardiovascular challenges, poor immune response, and even the appearance of wrinkles on the skin. This is the cumulative wear and tear that results from simply living life. Oxidation is also aggravated by stress, environmental factors, and poor diet.
The effects can be tempered though, through a diet and supplement program rich in antioxidants. Just like it sounds, an antioxidant is a substance that naturally combats oxidation. As earlier stated, antioxidants are substances that bind up harmful stray electrons and render them harmless. When compared to other recommended antioxidant foods, Jobelyn has been scientifically proven to be one of the highest food-source ORAC ratings known. That makes it the number one choice for antioxidant supplementation

Health Forever is both a neutraceutical company and an integrated contract manufacturer, believing in the importance of using our own core active ingredient grown in our fields. Jobelyn is extracted from Sorghum grown on the Health Forever plantation, using sustainable practices and fair trade CSR policies. By overseeing Jobelyn from planting to packaging, we are able to better ensure quality, potency and efficacy.

Not only do we cultivate , package and develop our own line of dietary supplements to support a variety of health goals, we also act as a supplier of wholesale medical herbal ingredients. With all our finished products and raw ingredients, we are dedicated to using herbs in their most complete and natural form. The body can then utilize the full, undiminished synergistic blend that nature created – with the added benefits of quality control and efficacy achieved through our careful manufacturing process.

At Health Forever, our in-depth cultural knowledge of tropical plants and their traditional uses is paired with modern scientific testing. We are constantly identifying useful plants, developing new supplement formulas and researching those concepts to determine efficacy. All of our natural remedies have been found to be well tolerated and efficacious.

2.Research herbs and their active ingredients

3. Conducting pre-clinical and clinical studies on the effects of herbal preparations

4. Planting, cultivating, developing and packaging preparations for use and distribution

MORE INFORMATION ABOUT JOBELYN COULD BE ACCESSED AT OUR GOOGLE WEBSITE

**Always check with your primary health care provider before adding these or any dietary supplements to your personal health regimen.